Location: Central America, south of Nicaragua and north of Panama

Area: 50,660 square kilometers (about the size of West Virginia state of USA)

Language: Spanish (official), English spoken by Puerto Limon in the tourism industry, and by many professionals in the Central Valley

Legal system: based on Spanish civil law, judicial review of legislative acts in the Supreme Court

Education: Free and compulsory until the end of the ninth year.
Main industries: Tourism, coffee, bananas.

Peaceful, democratic Costa Rica is one of the worlds most prosperous developing countries and is currently the focus of international attention for its incredible biodiversity.

Historically, Costa Rica has avoided arm conflicts that have affected neighboring countries, and has focused on improving the lives of its citizens. The development of a modern welfare state has resulted in Costa Rica to have high health indicators, a good standard of living, and high literacy rates.

Many of today Ticos, as Costa Ricans call themselves, can trace their roots to the Spanish colonial families and their indigenous peers. The conquistadors found a country with extremely rugged topography and populations of indigenous communities.

Costa Rica was the poorest of the Spanish empire colony. This eventually was a blessing for the country, since the absence of precious metals and Indian labor prevented the Spaniards introduced semi-feudal institutions of the Iberian Peninsula in the province.

Most natives escaped from slavery flee to the mountains of Talamanca, which were destroyed by the wars of resistance, epidemics and wars between rival tribes. Other Indians were assimilated into the colonial society. Still others maintained their cultural identity, and still livedand livein isolated mountain regions.

Extermination and assimilation of the Indians gave a more homogeneous society. A society of small farmers developed, which served as the basis for today large middle class. Pronounced class divisions that still exist in other countries in Latin America never developed here.
Coffee and bananas

Without fanfare, Costa Rica gained independence from Spain in 1821. The Spanish in Costa Rica were surprised by the letter announcing the release of the countrys which took a month to arrive from Guatemala.

Coffee began to be produced in Costa Rica at the end of the colonial period and was exported for the first time in 1820. The first head of state governor Independent State of Costa Ricawanted to find a cash crop for export as the economy of Costa Rica had been a subsistence economy to this point. He promoted the cafe, offering free land and seeds to all farmers willing to cultivate it. This policy culture, Costa Rican society transformed into a nation of small farmers and landowners.

In the 1830s, Costa Ricans began to grow coffee in the highlands for sale to Europe. Small farmer sells his crop to the central processing plants call: benefits, and the rich owners of the benefits then the beans are exported. This is a process that continues today.

n the 1870s the government of Costa Rica wanted to build a railway to the Atlantic coast to increase the volume of its coffee exports to Europe, and U.S contracted builders in exchange for a concession of land on both sides of the route.

Although the construction of the railway, Americans began growing and exporting of bananas. At the moment the national railway was completed (currently not in operation), bananas had become one of the main exports.

The industrymega-owned banana farms US giant Dole and other companies, and Costa Rica-they owned small farms that sell to giantscontinues today.
The political system

The two-party democratic system and the system of free, compulsory public education Costa Ricans know today was largely implemented in the 1890s.

During the Great Depression of 1929, Costa Rica had no way to deal with the economic crisis. President Calderon Guardia tried to offer dissatisfied workers a new contract by passing a series of social reforms to avoid a social revolution.

Reforms quieted working class but antagonized the rich. In 1948, an electoral fraud was a pretext for the discontented to organize a civil war, which lasted a month opposition. The leader of the insurgency movement and the National Liberation Army was Jose Figueres Ferrer, a farmer known as Don Pepe.

At the end of the civil war rather than destroy the social reforms implemented by Calderon Guardia, Jose Figueres continued reform of the institutions of the countrys in what he calls the Second Republic.

Among many of the reforms carried out by Don Pepe was the courageous decision to abolish the army countrys. This was especially significant considering that Costa Rica bordered to the north Somoza Nicaragua and Panama to the south, two heavily armed nations.

The decision to abolish the army meant that most of the government budget could be dedicated to providing education, health care and other services to taxpayers. He also pushed Costa Rica in the international spotlight as a neutral power in a region torn by war. The USA. It has historically been the main ally and supplier of foreign aid Costa Rica. In order to ensure the integrity and safety of the countrys governments of Costa Rica they increased its ties with the US and became an important ally for this moral world power.
Costa Rica Modern

The Nicaraguan Revolution of 1979, which drove one of the oldest dictatorships in the hemisphere, stimulated revolutionary movements throughout Central America. Not having a revolutionary climate within its borders, Costa Rica remained neutral during the violent decade of the 1980s President Oscar Arias (1986-1990) brought international recognition of Costa Rica through its role as peacemaker in the Contra-Sandinista conflict in Nicaragua. His efforts to mediate a negotiated solution won him the Nobel Peace Prize 1987.

Currently, more than half of the population of Costa Rica lives in urban areas and peasants in search of economic prosperity will continue to migrate to the Central Valley of rural areas.

Despite the austerity programs imposed by the International Monetary Fund, the government and state industries such as the National Insurance Institute and the Costa Rican Electricity Institute continue to employ almost 30 percent of the population. Women constitute 50 percent of the workforce.

The government of Costa Rica strives to serve a staggering foreign debt and control inflation and provide adequate social services for the population. One of the areas neglected by the national budget is the system of national parks, where more than half of the expropriated property (parks and nature reserves today) have not been paid.

We can design an itinerary specifically suited to your individual tastes and desires. As you can see in the following itineraries, Costa Rica Tours offers options for all budgets. Check our sample of travel packages and use these examples as a guide. Evenings can be added or reduced depending on travel time. Alternative hotels available. International airfare can be added in most US cities if you choose. 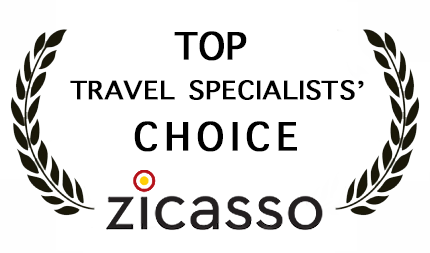